" I was born the third of ten children and as a result I grew up surrounded by objects that appeared in series of ten, of mutiples. A pair of red boots would appear as ten pairs of red boots in varying sizes. Identity and essence would never be captured in the singular, they would have to be explored in a chain that should represent its most extreme variations. Printmaking with its multiples and varied editions made me feel at home in the medium, and my lithographs are often conceived as larger series trying to do justice to the full potential of the image." 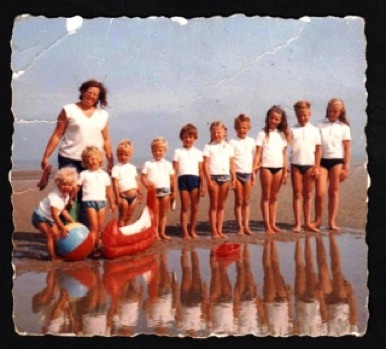 Photographs by Marcel Baekelmans, my father