Soot and Soul is a series of sixteen panels, with four suites. The Hemlock Suite is the first part in the series, consisting of seven panels.

These large-scale works are grisailles executed on panels of Formica. The technique borrows from a range of printmaking tecniques, from drypoint, monotype, manière noire, levigator engraving, reverse trace montype – using primarily lithographic ink and lampblack oil paint. The scarring is made with the levigator, a tool tradionally used to grain the lithographic stone before it receives a new image. The hard, ivory surface of the laminate, which is paper saturated with resin, resembles that of the lithographic stone, a surface that can be scored and scarred as well as caressed. 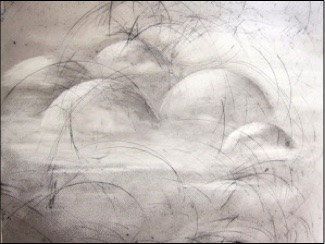 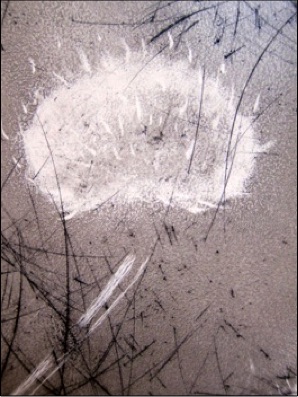 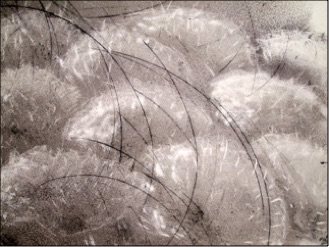